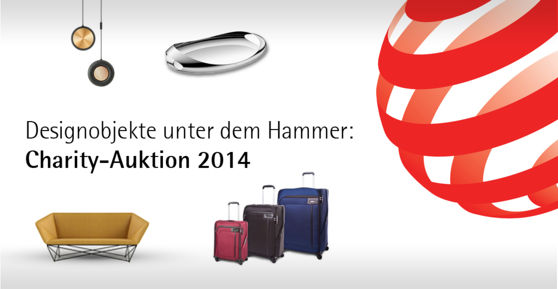 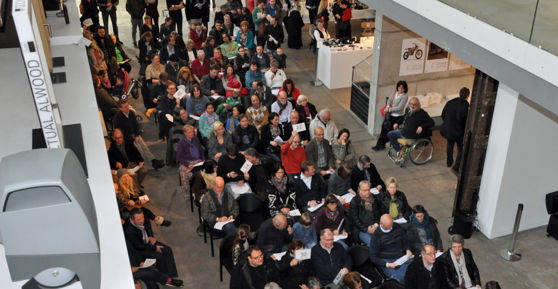 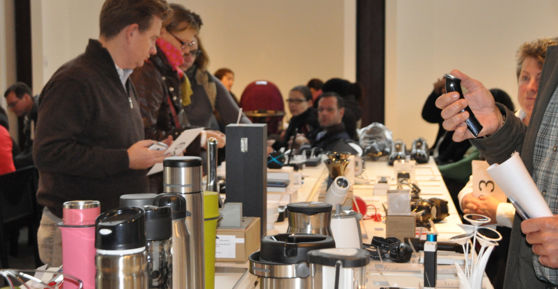 The fourth edition of the charity auction in the Red Dot Design Museum Essen literally promises design objects at hammer prices. Participants and bidders can look forward to more than 130 well-designed pieces on Sunday, 14 December 2014. Many of them will be auctioned off at a starting price of 1 euro. Young and old – all those who are looking for uncommon Christmas presents for one’s nearest and dearest and lift their bidder number successfully, can take home one design object or the other. Since the number of participants is limited, all those who are interested in attending the auction are asked to register online until 13 December 2014 or until 14 December 2014, 12.30 p.m., in the Red Dot Design Museum. The participation is free of charge.

With about 2,000 exhibits, the Red Dot Design Museum Essen presents the world’s largest exhibition of contemporary design – and always stays up to date: After one year, most of the exhibits are sent back to their manufacturers in order to clear space for the arrival of the new Red Dot Award-winning products. But on the third Sunday in Advent, numerous top products go under the hammer for a good cause.

Prior to the event, design fans can get an overview of the fascinating everyday objects from various living environments: on the auction day from 11 a.m.–2 p.m. Among the well-shaped everyday items which Vito Orazhem, Managing Director of the Design Zentrum NRW, traditionally auctions off in the Advent season, is the geometrically designed couch “X-sofa” by Chinese manufacturer matsu. With its six curved surfaces and the light and elegant substructure, the seating furniture is an eyecatcher in every room.

Moreover, participants can bid for “Mercury”: used as a serving tray or bowl, the generously dimensioned home accessory by tradition company Auerhahn sets highlights thanks to its flowing form language. For all those who love to travel with style, the “Optimum” case is another highlight of the event: true to its name, the piece of luggage offers a highest degree of comfort and stowage – with up to 30% more room than comparable products. But also fans of electronics will get their money’s worth: ”Monocle” by Native Union is a speaker, phone and hands-free set in one device. With best sound, the lifestyle object presents itself in a compact and pure design, thus being the ideal companion.

All of the pieces which can be purchased by auction were entered in the Red Dot Award: Product Design, one of the most renowned design competitions in the world. As always, the complete proceeds without deductions will be donated to a good cause. In 2015, in the course of its anniversary celebrations, the Design Zentrum NRW will announce which regional project will benefit from the event. This is when the internationally respected institution celebrates its 60-year existence under the sign of good design.

This year again, the Design Zentrum NRW donates further design objects to the Wichernhaus in Wuppertal, Germany. The products provided benefit the organisation’s ambulant child and youth services. Depending on the family’s problems, they receive the items from various living environments. They are meant to contribute to enhancing the quality of life – especially of children and youth.