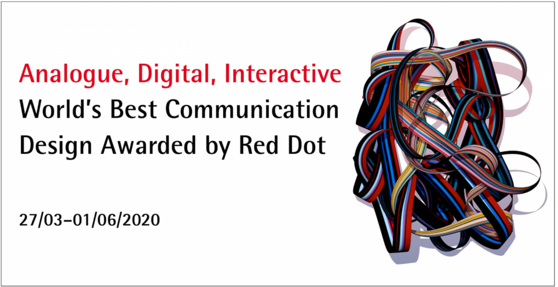 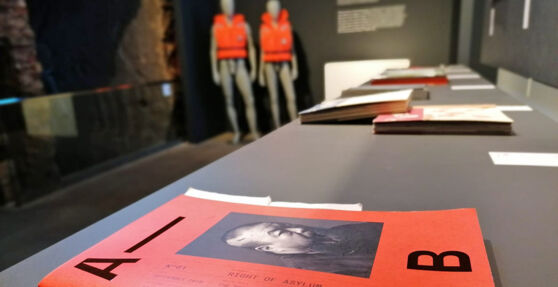 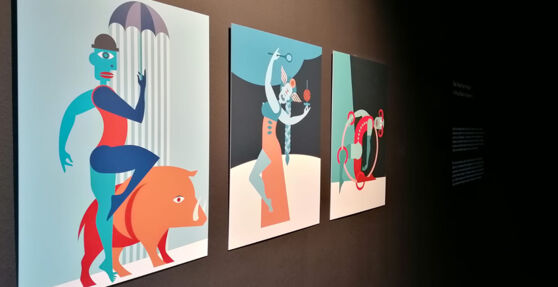 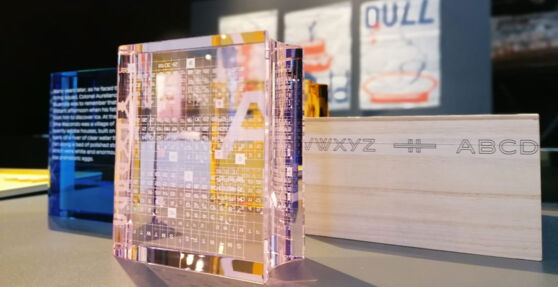 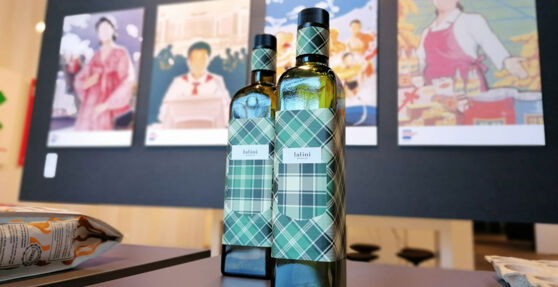 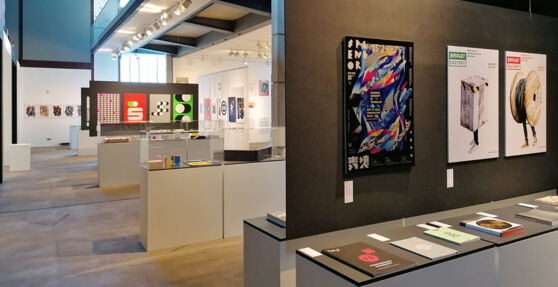 Note: As the museum is unfortunately closed, we show a short film about the exhibition here.

And here you can also watch videos of the digital works presented in the exhibition.

Exhibition of best design accomplishments
With exhibits ranging from a virtual reality installation to adverts, posters, apps and brand and corporate design as well as packaging, visitors to the exhibition can experience award-winning communication design in all of its nuances. The presentation methods used as well as the range of works on show will explore the relationships between analogue, digital and interactive. All of the exhibits received a distinction from the jury in the Red Dot Award: Brands & Communication Design 2019 for their design quality and creative achievement. The exhibition will focus especially on award-winning projects from North Rhine-Westphalia.

Analogue: “50 Mindshots” renders present-day topics as illustrations
“50 Mindshots” is a book that features universally understandable illustrations created by Bielefeld-based artist Sergio Ingravalle to convey his personal thoughts on present-day topics in graphic form. At times critical, ironic or humorous, his work explores aspects of modern life such as cyberbullying, digitalisation and burnout in a stylistically reduced form. The evocative illustrations prompt the reader to reflect on these aspects.

Digital: Siri and Alexa – the world’s first AI wedding
To invite the LGBTQ+ community to the international EuroPride event in Vienna and raise the city’s profile as a tourist destination, a digital campaign was created that documents the first marriage between two AI assistants – the wedding of the two voice-controlled assistants Siri and Alexa. The campaign website provides extensive information about the smart couple: In addition to exclusive wedding pictures, several video clips tell the entire love story of Siri and Alexa – from the first date to their honeymoon in Vienna. The campaign was designed by the Vienna Tourist Board, Serviceplan and Vangardist magazine.

Interactive: The virtual reality experience “Das Totale Tanz Theater”
The virtual reality dance project “Das Totale Tanz Theater” by the Interactive Media Foundation in Berlin is inspired by the stage experiments of the painter Oskar Schlemmer and the idea of “Total Theatre” by Walter Gropius, founder of the Bauhaus movement. On the occasion of last year’s 100th anniversary of the German design school, the work uses a virtual reality installation to bring the concept – ground-breaking in its day – alive in the present era. Visitors use VR goggles to immerse themselves in the linear VR 360° music video "Das Totale Tanz Theater 360". The interaction between choreography created by humans, personal intervention and automated algorithms leads to constantly changing forms of movement and dance within the space.

KW43 Branddesign by Grey Germany from Düsseldorf is agency of the year
The exhibition also gives an insight into the work of the current Red Dot: Agency of the Year. In 2019, the title of honour went to Düsseldorf-based agency KW43 Branddesign, which belongs to the Grey Group. The agency’s creatives won over the jury with high design quality and intelligent solutions that function across different media and create added value. Over the past five years, a total of 19 distinctions have gone to KW43 and Grey Germany – including 16 Red Dots, two Red Dot: Best of the Best distinctions and one Red Dot: Grand Prix.

Global brands made in NRW – Grohe and Deutsche Telekom announced as “Red Dot: Brand of the Year”
They come from North Rhine-Westphalia but have conquered the world with their strong brand design: Grohe and Deutsche Telekom. They won the title of “Red Dot: Brand of the Year” in 2019 in recognition of this feat. The jury praised Grohe’s “brand profile that has become known globally as a name for first-class, industry-leading performance”. It said that Grohe stages water, as the main visual carrier of the brand message, in a convincing manner. Speaking about Deutsche Telekom, the jury said its brand identity stands out through its simplicity and purism in particular and an image crafted consistently over the years that makes it instantly recognisable at all times.


A new date for the public guided tour of the exhibition will be announced.

The Red Dot Design Museum is open to the public again. Opening hours: Tuesdays to Sundays 11 a.m. to 6 p.m. However, special protection rules apply. For example, the wearing of a face mask is obligatory.

There is currently a construction site in front of the museum. Do not be irritated by this. Access to the museum is free. People who require barrier-free access should call +49-201-30104-60 prior to their visit.